Sometimes we load some categorical data (e.g. Country) that we want to display in a specific order other than the default (alphabetical for example).  Here's an example that you might have come across:

An interesting thing about QlikView is that it remembers how things are first loaded.  We can use this little trick to load a temporary table with just the field that we want in the order that we want.  Then, even if we drop this table later, QlikView remembers that order and we can use the "Load Order" sort option.

Here is an example.  If I had a sales table like this:


Then, sometime after I have loaded the Sales table, I can drop the SortOrder table:

Now, I can use the "Load Order" sort: 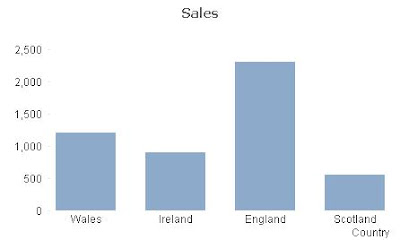