I have talked about color choice recently, but whatever choice you make for the colors you are going to use, the choice of background color is critical.

You may have seen an image like this before:

The rule, therefore, is that when choosing a background, it must be a single color.  You can't use any type of "gradient" effect or, even worse, use an image as your background.

So, what is the best color to use for the background?

In the world of software development, most IDEs (Integrated Developments Environments), such as Microsoft Visual Studio, have a default of a white background for the code and darker contrasting text.  There have been many debates on the use of white as a background.  The main one being that the white is wearing on the eye.

Some prefer black or dark blue with lighter contrasting text.  However, there is a visual effect that works against this - well known by photography experts - called Halation.  This is the effect of brighter colors seeming to spread when on darker backgrounds and hence look a little blurred.  This can cause eye strain.

Some suggest that softer grey backgrounds.  However, the issue here is that the softer contrast can have an effect on interpretation of color coding in scripting, and it is difficult to find a right choice of usable colors to offset this.  This is a feature that increases productivity in developers, so any reduction in its efficacy is not a welcome.

So, it appears that white might just be the right background color for developers, but this post is not about the best color to use for developing - it is for use in the display of quantitative data.

In an article called "Choosing Colors for Data Visualization", Maureen Stone, of StoneSoup Consulting and formerly of the Xerox Palo Alto Research Center, tells us that most color palettes are designed to be printed on white paper so using a white background is the right choice in digital form.  If your presentation is going to end up on paper, then designing on a white background is the right choice.

Further, Maureen tells us that there are perceptual advantages in using white as the human visual system is designed to adapt its color perception relative to the local definition of white and giving a white background gives us a stable definition of "white".


As a last word on this subject, I looked at six of the worlds most popular websites: 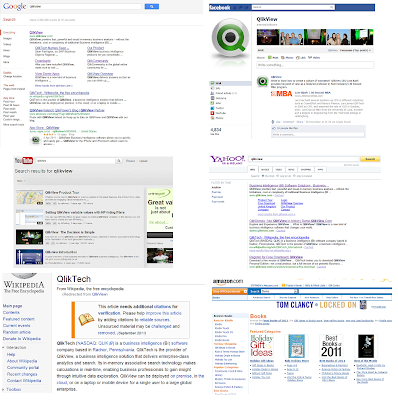 All use a lighter background and darker foreground  (not necessarily black, blue/purple are popular) and, with the exception of YouTube (which has only changed recently), that color is white.  These companies have the resources to spend a lot of money on choosing the right background colors.

Who am I to disagree with them.