In this post, I'll look at the recipe on Using containers as an alternative to multiboxes.

For those who are unfamiliar with the QlikView Multibox, it was a way for us to add multiple filters into a relatively small area:

When a user clicked on the Dimension name, the relevant List box would pop out. This is not dissimilar to how the Filter pane works in Qlik Sense when there are several Dimensions added and not enough room to display values: 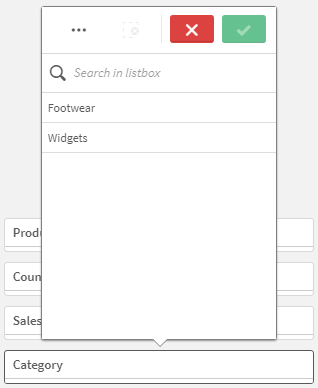 The Cookbook presented an alternate option whereby a Container is used to contain multiple List Boxes: 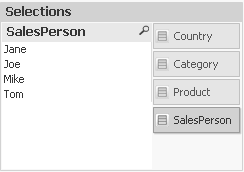 It worked quite well (in my humble opinion!)

Now, there is also a Container object in Qlik Sense, so we can achieve something similar. This is the load script from the Cookbook:

Loading this in Qlik Sense Business, we can then add a Container and 4 separate Filter Pane objects for the 4 Dimensions:

If you don't have too much real estate to devote to it, then it will automatically collapse to a version with a menu to select the Dimension: 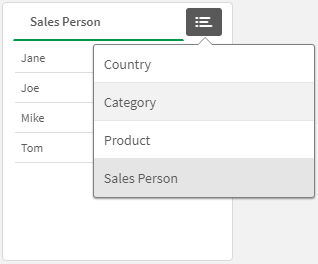 I prefer this to the default Filter Pane method.
Worth noting that the default would be to have "Sales Person" twice - as a Title for the Container and for the Filter Pane - you can blank out the Filter Pane's title to make it go away.
As well as holding a Master's Degree in Data Analytics, Stephen Redmond is a practicing Data Professional of over 20 years experience. He is author of Mastering QlikView, QlikView for Developer's Cookbook and QlikView Server and Publisher.
Follow @stephencredmond

Posted by Stephen Redmond at 21:45