Fix for an annoying display issue in QlikView

I have had this problem for a while, but I was able to work around it so I didn't worry too much.  I even raised it with QlikView support at one stage but they weren't able to help because they could not replicate it.  They did tell me that some other people had reported the issue, so hopefully this post will help some of you out.

The issue appears in several dialogs, but it mainly irked me in the "Number" properties. 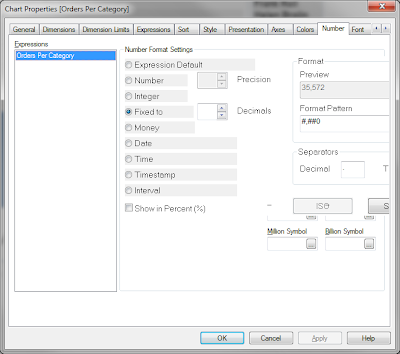 You can see that the "Symbol" and "Thousands" entry boxes are being obscured by the "ISO" and "System" buttons and the right hand side goes off the edge.  The number dialog for List boxes and Table boxes was similar except it was the "Show in Percent (%)" option being obscured by the "Document Default" buttons.

It was really just an annoyance because I could get around it.  So, after living with this issue for a while, I finally got around to Googling it this morning.  I came around this article by RL Vision: 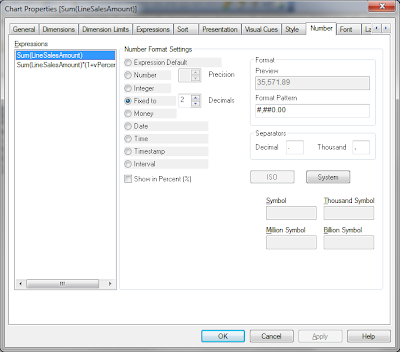 TaDa!  All is right again.  Simple as that.

I hope this helps if you have this problem.  For me, it wasn't just confined to QlikView, so perhaps you might recognize it in other apps that you come across.

Stephen Redmond is CTO of CapricornVentis a QlikView Elite Partner.  We are always looking for the right people to join our team.
Follow me on Twitter: @stephencredmond
Posted by Stephen Redmond at 11:17